By joining I agree to Scholar Den

Not a member? Join Now 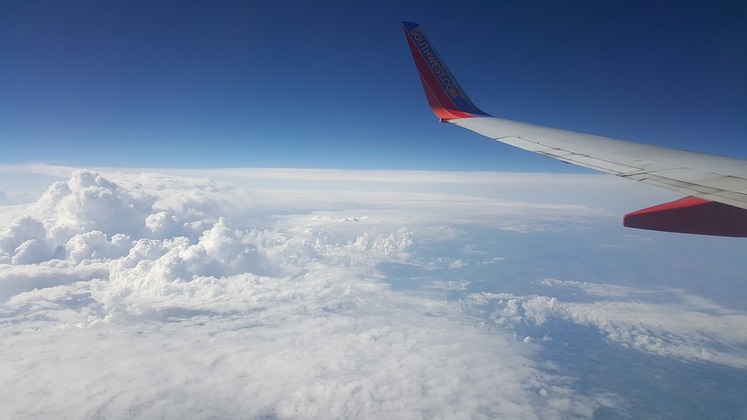 There is no shortage of GRE preparation guides on the Internet, most of which boil down to a to-do list of books to read, guides to solve through, word lists to memorize, and diagnostic tests to practice. I will not attempt to write another, largely due to the fact that I wouldn’t know what to put in it. What I can do is share my story and follow it up with lessons learned and what I would recommend to anyone else going down the same road. I hope that, by providing my reasons for suggesting the resources and exercises that I do, you might gain a better understanding of why and how they might help.

The first thing you understand about the GRE is that it is not some crazily difficult test that only aliens can get good scores at. All it takes is a can-do attitude and the drive to put in the required effort.

The second thing you need to understand about the GRE is that the test experience differs for everyone. Some people might need many months of preparation to get to scores others might achieve simply by walking in to take the test on a whim. There is no single way to ace the GRE; it all depends on your background. There is also no one-size-fits-all preparation regime, and even if one does exist, this isn’t it.

I will first recount, in full, my personal experience with the GRE:

I had initially planned on getting the test over with during summer 2015. Starting with the quantitative guides, I spent a couple of weeks solving my way through their exercises, always under a strict time constraint. I started to learn about maths concepts.

Then I had to get down to other academic work and completely forgot about the GRE.

Fast-forward to February next year, some nice folks from USEFP dropped by my university and announced that they were offering free vouchers to a handful of students who scored highly on their mock test. With nothing to lose, I signed up for it.

A couple of weeks later I got the call inviting me to register for the real deal, which I happily did. I was informed of my test date (which happened to be the day before finals week commenced) two weeks before it was scheduled.

On the night of the actual test, I chose to invest time in a full sleep rather than try any last-minute cramming. I ended up with a 330/340 the next day (Q: 166/170, V: 164/170, AWA: 4.5/6.0). This was May 2016. Believe it or not, I actually left the test center contemplating taking the test again since I believed I could have done a better job had I put more time into preparing for it (there had been so much more I had initially planned to do). Eventually, I decided against it since it wasn’t worth putting myself through the entire ordeal all over again, and that was that.

The first thing you should do after deciding to take the GRE is to equip yourself with all the information you can get on it so you know exactly what you’re up against and what it takes to beat it. Read ETS’ Official Guide to the GRE Revised General Test. Read what kind of questions feature on the GRE and what exactly they ask of you. Read how your score is calculated and how your performance on a section determines the difficulty of the next one you’ll get. Read how scaled scores translate into percentiles in both the quantitative and verbal parts. And finally, read how it gets harder to improve your score by the same margin as you go up the curve.

Once you know all of this, you should have a decent idea of how the GRE tests you.

Before you begin with any sort of preparation, you should absolutely take a practice test or two in order to know where you stand. You should also write down the score you want to target. The difference between the two dictates the amount of effort you’ll have to put in.

The quantitative part is all about practice. Do not pat yourself on the back just for getting the answers right: they’re simple enough that pretty much anyone can do so given enough time. You must practice on getting them right in the allotted time, though I would go so far as to suggest that you leave yourself some cushion for a final review pass at the end of each section.

A lot of what they have to say might be old news for students with an engineering background, but it doesn’t hurt to review some of the fundamentals. Additionally, they occasionally offer some pretty neat shortcuts when it comes to playing around with numbers mentally. Read each chapter and solve all the questions that follow. Focus on doing them at speed. Over time you’ll find yourself automatically solving through parts of a question without having to first come up a strategy.

Now onto the pièce de résistance: the GRE verbal section. Improving upon the verbal score isn’t really as straightforward as is doing the same on the quantitative one. It depends greatly on your reading level prior to preparation. You can watch Scholar DenText Completion and Sentence Equivalence blanks videos for examples of questions that feature on the GRE verbal section. Something you need to understand is that the GRE does not explicitly ask you for word definitions. Instead, the questions on it are structured in a way that tests both how well you can understand what a sentence is trying to say and how many words you know that could fill in the blanks without changing its meaning.

The ideal way to improve your reading skills would then be to just read a lot. The New Yorker, The Atlantic, and The Economist are generally considered to be some of the better sources of content that is relevant, engaging, and written in a style similar to that of passages you might find on the GRE. A good practice is to build a mental summary of each story as you go. You may also come across words you don’t know the meaning of – don’t ignore them! Try to figure out their meaning from the context and then Google them to check if your guess was right.

Unfortunately, this remains more of a long-term preparation strategy and most people don’t have the runway to spend on such an open-ended activity, preferring instead to stick to a particular guidebook or mobile app.

One book that attempts to recreate the same experience in a more controlled setting is Barron’s 1100 Words You Need To Know. It lists five words on each page and encourages the reader to interpret their meanings contextually from a paragraph that follows. The reader is then asked to substitute the right word in a set of fill-in-the-blanks and finally match the words to their dictionary meanings. This thinking process mirrors how you might actually solve questions on the GRE. As a bonus, each page also closes by teaching you the meaning and usage of a new idiom – something that might come in handy elsewhere on the GRE.

Remember: you must do this exercise honestly. You will only lure yourself into a false sense of security by claiming to know the meanings of words when you actually didn’t.

Finally, there is no guarantee that all the words you’ll see on the GRE will be covered by the resources mentioned above. In some cases, you might have to deconstruct the meaning of a hitherto unseen word on test day. For this, you can go through the Roots/Suffixes/Prefixes list.

As you go about your preparation, you might want to take further practice tests in order to track your progress.

The analytical writing section is a tricky one. Its subjective nature makes it harder to evaluate your performance and therefore improve your writing skills. One of the best ways to learn how to write is to read others’ work. This is where your time spent reading different stuff (like the aforementioned publications) comes in.

You should definitely practice writing a few essays/arguments and have someone give you feedback on them (or even simply compare them with the ones in the guide).

Get a full night’s sleep. I cannot stress this enough. You need to be completely alert during the test. You might also want to eat your favorite breakfast to get you in a good mood.

Do not stress about the test on test day. There is nothing you can do now but enjoy the ride.

After the first three sections, you’ll have the option to take a ten-minute break which you should definitely avail to stretch your legs or have a drink of water. There is also a one-minute delay between each section that you can skip or wait out. I would suggest the latter; there is no need to rush things.

Try to complete each section early and then go back to recheck all your answers. You might find some careless mistakes.

Use your keyboard’s Numpad instead of the mouse to operate the on-screen calculator. This is a life-saver. And finally, the golden words: read the questions before you begin to attempt them.

This piece was not in any way meant to be a holistic GRE preparation plan. I’m sure I’ve missed out on a lot of great resources that are out there. The purpose of this was only to share my own story and some advice I would give past-me had I had the chance. I hope you can learn from my experience and do a better job at the test. If this article helps a single one of you to raise your score by a point, or even just encourages you to take the test now that you know it’s not that hard, I would consider the time and effort put into writing this well spent.

Now get out there and take this bull by the horns.

Inspirational GRE and Admissions success story. If you are unable to control your nerves, then you should read this GRE success Story!

How to get a PERFECT quant score in a GRE exam?

GRE 327 with a perfect quant

I scored 324 being an engineer!

An inspirational story on how to improve GRE Verbal from 136 to 154?